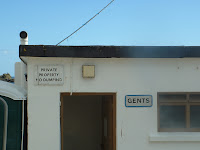 … for those oft unsung heroes and heroines of the book world – agents and editors.

I had a rejection back from Piatkus today. It was your average, bog standard, unsigned rejection. And I started to wonder what it must be like on the other side of the glass.

Imagine coming into work everyday, to a colossal pile of letters and submissions – the enticing, the intriguing and the just plain wrong. After sifting out the wrong genre, the badly presented and the frankly unsuitable, you are still left with a large pile of maybes. And the only way to find out for sure is to delve deeper into each and every one of them.

‘How many times?’ They must ask themselves, searching through for that magical manuscript. A submission that is not only well written but is also commercially viable (remember, there will be other industry people to convince, along the way), from an author who has some mileage in them and who shows signs of being marketable.

It’s a tall order; so small wonder we writers find ourselves crunched up against the glass door from time to time. And remember, although we’ve committed time and dedication to our work, they’re committing their reputation and in the case of publishers, their money too.

So seriously, spare a thought for agents and editors – they’re only as good as their last success so forgive them if they’re a little cautious with your work of genius. And before anyone familiar with Scotland yells ‘Sook’, that doesn’t mean they don’t make mistakes. But time spent complaining about it could be time spent writing.