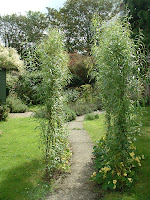 As a writer and a reader, I’m fascinated with endings. So much so that I ponder the conclusion of a book long after I’ve returned it to the shelf or the charity shop.

Whether it’s wondering and worrying about how Rebus fills his afternoons or if Dr Rhodes eventually took over the nursing home at Hindhead, my mental gymnastics may continue for days afterwards. That, to me, is the sign of a good book.
When it came to putting a framework together for Scars & Stripes (now editing P65 and counting, seeing as you asked), I was tempted to address that issue. Having considered an epilogue, along the lines of the ending of Animal House, I wondered about the ‘where are they now’ element. For a time, I even contemplated using the internet to get clues from the real life whereabouts of some of the people who influenced the composite characters. This, of course, would have been lazy writing and, given the divergence between reality and fiction, both wholly inappropriate and unsatisfying to the reader.
How much more magical is a figure like King Arthur, with his ‘King Once and King to be’ epitaph, rather than a simple RIP? When Dr Frankenstein’s monster disappears without trace on the page, we know that he’ll be taking up residence in the recesses of our minds.
I think that ‘what happened next’ curiosity is part of what drives the social media bow wave, which shows no sign of abating. It’s tempting to type in a few names, press the button and peer into someone else’s life (which they’ve thoughtfully posted online). But what is it we’re looking for? Surely, we’re better off relying on our own imagination?