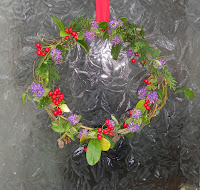 …and there in the pub, not a creature stirred…well, only to the bar and back, and the occasional trip to the gents.

I must have been around 18 and thrilled to bits to be in a pub where the barman didn’t immediately want to throw me out. It turned out that he quite fancied me, but that’s neither here nor there as far as this story is concerned.

He also offered me the only gig that our band, Bad Timing, ever received. Believe me, we were terrible – I still have a rehearsal tape somewhere to prove it. But I digress…

So, we arrived at the pub at 1.30 in the afternoon. There was me, a friend of mine from my schooldays, his stepdad and Jock – his stepdad’s work colleague. Jock’s the only one with a name in this tale as he features heavily in what transpired.

Jock, from Glasgow, had been drinking heavily. When he wasn’t lecturing us whippersnappers about how, right now, this was ‘the only man you’ll ever be’, or eating copious quantities of crisps, Jock was slowly but surely sinking into an alcoholic haze. I, meanwhile, over the seven hours that we spent in that pub, actually sobered up. It wasn’t difficult as two southern comforts were (and are) about my limit.

So we left the pub, in Hackney ( I remember it as The Favouite, but the internet can find no trace), and moved on to another pub in Hackney Wick, where it all went a little pear-shaped. You see, the barman of this other pub was Billy the Boil, from Aberdeen. And clearly, somewhere down the line, there’d been bad blood between Glasgow Jock and Aberdeen Billy.

We didn’t know about the bad blood at the time, but it soon became pretty obvious when Jock started muttering about how he was going to take Billy the Boils’ boil right off his face. Before you could shout ‘chill out’ (of course, we didn’t have the term in the eighties), Jock had smashed a pint glass on the table and leapt at the bar to have a go at Billy. You’ve never seen so many pissed people move so quickly.

By now it’s pandemonium; Billy has somehow repelled Jock and knocked him back – probably with a fist. Down Jock goes like a sack of spuds and people have pinned him to the ground. Meantime, Jock is screaming “Don’t let him cut me, don’t let him cut me,” at the top of his voice, while me and my friend stare at the scene in amazement and horror.

Jock, bleeding from the broken glass that he’s holding, is bundled out the pub with us and told not to come back. No one calls the police, naturally – that’s not how these things are done. We get in the car – I think the stepdad has stuck to soft drinks – and drive off into the night as Jock regales us with his favourite fights and why Billy the Boil is his sworn enemy. But, as none of us speak drunken Glaswegian, most of the subtleties are lost on us.

I felt as if we’d passed some kind of multiple initiation of manhood. A lock-in in a pub, drinking with older men, the offer of a gig for the band, witnessing a pub fight (after a fashion) and making it out unscathed.

I never saw Jock again although my friend’s dad told us other stories about Jock’s flick-hatchet (which he unfortunately demonstrated while inside his new car), Jock’s new Mercedes and, by way of explanation, Jock’s brief and disastrous sideline as a drug dealer.

I give you the ghost of Christmas past!