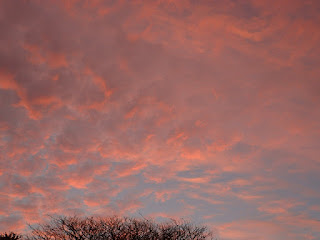 I’m talking with Monika Spykerman, about the things that matter to her as a writer, mum (or mom, if you prefer), wife and writer (yep, two writers). Here, Monika talks candidly about her own blog – Motheroad – and about the ways in which she uses her writing.
Previous posts are located here: Part 1 Monday 22nd Oct and Part 2 Monday 29th Oct.
And, to answer last week’s question – a spring peeper is a type of frog.
Okay, where were we? Do people around you know that you blog so openly, and does that change how you interact with one another? I once had a friend say, “Oh, I hope you’re not going to write about me.” To which I replied, “Not in any way that you’ll recognise – and what makes you think that I haven’t already?” Yeah, that’s a good way to cut down on your Christmas card list.
Well, I quit sending Christmas cards a couple years ago. Not to save trees or anything, but just because I’m lazy. So that’s not a problem and when I get Christmas cards I just throw them away anyhow. Seriously. I’m trying not to end up on “Hoarders.” OK. What was the question? Um, some people know, and some people don’t. Most people don’t. It makes me uncomfortable to be a self-promoter in that way. Some people I’ve told, and they’ve been like, “Oh, yeah? OK, well, hmm. Great. OK. Have to check that out.” And they never do. Like my lifelong friend who’s an actress and I would drive all the way out to wherever to see her in a play, even if it was just a small part. I told her about my blog, and then it came up again about a year later, and she was all, “Oh, ha ha, I never even looked at it.” But then, she’s an actress and she lives in Hollywood, so what do you expect?

Some close friends I’ve told. One friend in particular, my bestest besty best best friend, reads every post. A few other good friends read occasionally. And some friends I’ve never told and I never will because it would make them pee their pants to know that I say FUCK.

My Dad, I don’t know if I’ll tell him. Other mothers that I know casually through school, I don’t tell, not because I’d care if they read my innermost secrets, but it just seems so cheesy and kind of clichéd to say, “Hey, I have a blog!” because, seriously, EVERYONE has a blog. Lots of people blog about their personal stuff and post recipes and clever craft ideas and pictures and have funny stories about how they couldn’t get the carseat in properly or how their toddler peed on the cat. And a blog is a wonderful, creative way to communicate with far-flung friends and family and preserve the – oh, I’m just going to say it – the precious memories of motherhood. So when I say I have a blog, that’s what people think: random ramblings about an ordinary life in an ordinary way.

Which is – HA! – exactly what my blog is. So why SHOULD anyone read it? Good question. I think it’s because the writing is good. I’m not just communicating with friends or recording memories, I’m practicing my craft. (Oh, PUH-LEEEEEZ. That’s so pretentious.) OK. I don’t know. I’m just writing. And I think I can objectively say (how can I possibly be objective about myself?) that my writing is a little more interesting – OK, “better” – than most other mommy blogs. God, I sound like such a twat.

Are you conscious of the need to balance out drama with humo(u)r, or is it a case of ‘you get what you’re given and I’ll give you what I get’?
Yes. Nobody’s going to read it if it’s not funny. And it turns out everything’s funny.
Is it ever too painful to write about? (And I say that having written / spoken about my brother’s illness and death in detail, and recently including reference to our dad’s funeral in a novel.)
No. That’s like asking, “Is it ever too painful to breathe about?” or “Does grief keep you from urinating?”
* If there’s anything you – that’s you, dear reader – would like to know about Monika’s blog and her writing, drop it in a comment.