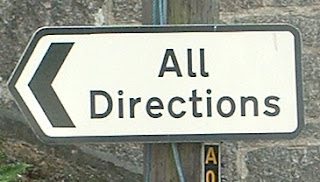 Recently, over at Freya’s blog, she asked the question: is traditional publication a vanity project? Which led me, via an innovative mental process, to interpret the question as: is it, in fact, cheating?

That’s given me good for thought. It seems to me that, in order to cheat, by definition there has to be a set of rules.

When I first started out writing fiction, I used to think – in some hazy, undefined way – that the world of authors and publishing was some kind of meritocracy. Or perhaps it operated on some kind of conveyor belt principle. Essentially, you queued up, collecting ideas along the way. Then you wrote your book and submitted it to a ‘few’ agents. In the fullness of time – and   it seemed to me that three to six months was a fair and equitable arrangement – one of the agents took you on and they subsequently (three to six months again) found you a publisher. And hey presto, in due course (or, as I like to think of it, three to six months’ time), your book hit the shelves.

QED, you might say, if that particular plan had worked for you. You might, but I didn’t.


Ask any writer, though, and they’ll give you a plethora of stories to demonstrate the unreliability of rules. Even at the writing stage, new plots emerge, characters dwindle and genres metamorphose (for example, my thriller, Standpoint, was originally intended to be a crime drama, until the characters thought better).
Once the book is written, plans can fall through. That agent who didn’t reject you initially and asked to see the whole manuscript (be still my heart) eventually turned you down because he didn’t feel he could make the connections to get you the breakthrough and development your book deserves, in an already crowded market.*
Or you wrote a book that suited a genre perfectly. But what scuppered you wasn’t necessarily the quality of your work; it was the relatively superior quality of other people’s work at the same time.
Or the publisher who signed you up already has a full schedule for the next 18 months, or can only offer a small print run for newbie authors, or tells you at the contract stage that they will require an author’s contribution of a large bag of cash.**
Then again, the book might get out there to critical acclaim, but few sales; the two forms of success not being interdependent.
There is another, unwritten rule (forgive the irony). And that is that every successful author ought to have worked hard for it (suffering a little, perhaps, on behalf of all the writers who won’t make it that far), and thoroughly deserve it.
Here, I feel, we all cheat in one way or another. Maybe the writing comes easily to us, or luck plays an important part in the process. We know someone who knows someone. Maybe a suggestion comes, unbidden, to try door 58. A chance remark at a dinner party leads to an ‘in’. (I’ve heard this is the number one reason that writers attend dinner parties, followed by the chance of free food. Personally, I’ve always considered my lack of dinner party invites to be a major flaw in my campaign for publication.)
All of the above only seems like cheating, to others, if what has worked for one person cannot be formulated and replicated by everyone. Which is a lot like the rest of life really.
Plumbers (I know, plumbers and writers…) often get jobs on the basis of personal recommendation, which can be hard lines for a new plumber with no track record or connections. It isn’t fair; no, it’s competition.
So my message to you, dear fellow writers, is this: lose your sense of entitlement. It’s a myth and an unnecessary burden, implying, as it does that your turn will inevitably come. And cast aside any notion o there being a meritocracy. When it comes to getting your work into print, or online, you use whatever connections and resources are available to you. There are no rules. Maybe that’s why it’s called fiction.
Write well, edit well, submit well, self-publish well and promote well. That’s all you can rely on, and even then the outcome isn’t guaranteed. Expect anything else and, frankly, you’re only cheating yourselves.
* Actually said to me, once. If it’s flannel, it’s impressive flannel.
** They wanted over £5000. See elsewhere on the blog for the tragic details!