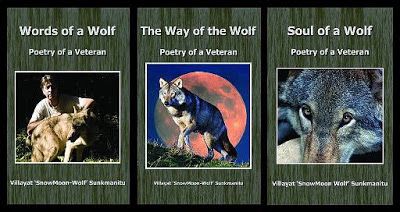 There’s life WITH PTSD!  We just have to be careful with our energy, our expectations and how the condition affects us (e.g. what our particular triggers are and how to minimise exposure to those particular scenarios).

If we’re lucky, we find people with kind hearts and open spirits along the way that will help us to achieve our ambitions, whatever they may be.
The key is to be realistic about the demands that we place upon ourselves.  I have worked hard all my life until I was retired on ill health in 2006.  I now do ‘therapeutic’ or ‘permitted work’ as it’s now called.  This allows me to work at my own pace without external pressure and allows me to continue contributing to society in some way.  I get days when I’m very low on energy and I remind myself that it’s okay to rest up and just look after myself – no one else is going to do it … and that I’m not lazy.  There are days when I’m too hard on myself … That’s the result of the work ethic that I have had since the age of seven!  I cannot earn a profit now … and I’d be happy if the business broke even every year … but the real reward is that my creativity allows me to continue living with PTSD.  I’ve been lucky enough to experience things that still make me smile deep down inside – and most of these are through my photography of the natural world.  If my words reach someone and help them to feel understood or provide empathy or perhaps make them laugh – then I’m content.  Hopefully they’re laughing or smiling at something that’s meant to engender that reaction rather than thinking my books are crap!
Whatever your disability is … find a way to do something creative around it – allow your mind and spirit to be free for a while.

5. Are there any poets or other writers that have particularly inspired you while writing your three poetry books?
None.  When engaged in my photography or writing, I tend to become more insular and don’t let other influences enter my mind.  However, it’s amazing how many times Wordsworth’s Daffodils echoes through the corridors of my memory.  The whole object of using creativity to cope with PTSD is to process my issues and to release the valve – it’s a bit like flushing after a good dump – but not as smelly.  So I tend to release a lot more than I take in.
6. You wrote The Words of a Wolf some time ago now. Has the publishing landscape changed much since then?
I think so.  There’s a lot more work being self-published and I feel that’s great!  How many times have you bought a book on the recommendation of a press piece on the back cover, only to find that it’s complete bollocks?  People flock to those books because the big companies use contacts to create spin to make them sound like good books – which some are – but not a lot.
Retailers have changed their attitudes as well.  When ‘Words of a Wolf’ was released, the reason for writing the book and details of the project were explained to as many branch managers at Waterstones as possible (to raise awareness of how PTSD affects Veterans).  Their response and support is something that I’ll always be grateful for – http://www.waterstones.com/waterstonesweb/products/villayat+22snowmoon+wolf 22+sunkmanitu/words+of+a+wolf/7548871/ – particularly the staff that entered ‘book seller’ reviews.  140 Waterstones stores held copies of Words of a Wolf at their branches.
I contacted Waterstones centrally when ‘The Way of the Wolf’ was released only to be told that decisions would not be made by local managers any longer, that purchasing was regionalised and that they expected 50-60% discount on all purchases before they would consider ordering any stock in.  I was also told that that they weren’t happy with me quoting the fact that the book was available in ‘Amazon Kindle format’ on the back cover – which I found particularly strange as I’d been reliably informed that Waterstones were going to be selling Kindle readers.  If you’re designing your cover for your latest book – check out the distributor’s opinion on these matters.
7. What do you hope people will gain from your latest book?
I hope that they’ll gain a bit more awareness of what living with PTSD is like.  People afflicted by the condition are subject to the same issues that everyone lives with but Veterans have a hard time because they come back to society that doesn’t understand where they’ve been, what they’ve done, how they’ve been treated and conditioned … and the sense of abandonment that they’re left with when they come back to a society that doesn’t really want them.
From my own perspective: we were in situations where honour meant everything.  We were ready to lay down our lives for our colleagues and people that we were ordered to protect.  We cared for each other.  We were equals.  Materialism was minimal.  When I look around in civvy street I see very little honour, a huge decline in moral and basic good manners … and a huge rise in selfishness based on materialism.  This isn’t the UK that I fought for.  Too much has changed … and it’s not down to immigrant workers, differing cultures and religions or any of the spin that people wishing to divide the UK populace would have you believe.  I feel that we’re losing our way because there’s too much greed and corruption in our political and legal systems … we need to address this and to provide positive role models from the emerging generations of celebrities, business people and leaders.
8. Do you plan to do any public readings?
I’ve had an offer from poet and playwright Dave Puller to do a public reading and would to take him up on it.  I’m also planning on doing some readings as part of the workshop elements of my rolling exhibition of poetry and photography that starts in November 2013 – see http://wolf-photography.com/html/exhibition.html.
The challenges?  I could end up a quivering wreck!  :o)  One of the attributes of PTSD is disassociation – perhaps I’ll try to make positive use of a negative.
9. Where can people find out more about your book and the project?
Pop along to www.wolf-photography.com – you’ll find everything there.
You can  also follow my progress on these social media:
Facebook – https://www.facebook.com/Wolf.Photographer
Twitter – https://twitter.com/wolf_photo
Blog – http://wolfphotograpy.blogspot.co.uk/