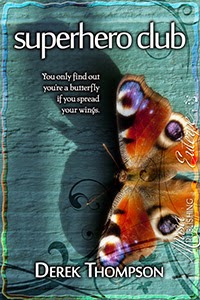 It’s said that a true friend is one who will tell you what they really think – and why. For a writer, getting reliable feedback is invaluable. Just as a good proofreader can spot those rogue apostrophes and homonyms that you read past without noticing, so a good reviewer can tell you the essential and occasionally bitter truth.


One must use discernment these days, of course, when reading social media and online book reviews because they offer such a wide canvas for jealousy, mean-spiritedness and invective, as well as encouragement, support and constructive feedback – if you’re lucky.

It’s all in the game, I suppose, and for every book that’s praised to the rafters there will also be a proportion of readers who thought it stank like last week’s haddock. In fact, I received what must surely rank as the worst review I’ll ever receive (on that site at least!). If I tell you it was for my magical fantasy, Covenant, and on one of the major – and tax ambiguous book retail sites, you can easily find it if you’re curious.

I’ll wait for you…

Ah, there you are. What did you think? Me? I was both disappointed and amused by it. Firstly, it suggested that I hadn’t given the reader something of value – which is what I think most writers strive to do, irrespective of the topic or genre. Secondly, it amused me because I’d be hard pushed to get a review that bad again under any circumstances. (Although no one has reviewed my gag ebooks yet…)

The real worth of feedback, to me, is that it’s an indication of whether I’ve succeeded – in the reader’s eyes – in parceling up my ideas, feelings and themes into a cohesive package. More than that, where it’s fiction, I want them to have felt something. Where my reviewer, who didn’t like Covenant, is concerned, I can at least be certain that they felt something!

Many months ago I spoke with my editor at Musa Publishing about finding out if my mid-grade book about bullying and transformation, Superhero Club, might be suitable as an education or support tool. With their blessing, I contacted two organisations connected with young people’s well-being, as well as a couple of local schools in Cornwall. The schools didn’t respond, but eventually, after some polite reminders – over five months and one year respectively – the two organisations said they either didn’t have time or were not in a position to review my book. And you thought agents and publishers took a long time…

Undeterred, although frankly pretty ticked off by the experience, I contacted two more organisations, and almost immediately (within a day or so), I had responses from each. (Note to self: choose wisely in future and perhaps ring up first.)

One organisation has now provided three brilliant pieces of feedback, yielding some unexpected comments. Remember the context here – this feedback is from professionals working with vulnerable / troubled children.


Pros
– Suitable for a young person who enjoys reading.
– Liked the style and conversational approach.
– Felt it illustrated the benefits of talking therapy.
– It’s simple and gets to the point, making it quite accessible.
– It gives awareness that adults have issues as well.

– An interesting story covering various issues, giving an insight into how bullying affects people.– A very touching story and easy to follow, it could help a young person understand how a group could help them.

Cons
– Didn’t like the use of American English although it probably wouldn’t be a problem for young people.

– Concerns that the group of young people in the book were copying the bullying behaviour towards the bully.

– Some of the language was difficult for some children to understand.
– The supportive group of young children bullied the bully and the teacher just ignored the situation, sending out a negative message to vulnerable children readers that there’s no point in telling teacher as they won’t do anything about it anyway.
I’m indebted to the reviewers because it has given me a completely different perspective on my children’s book.
It all raises some interesting questions:
1. Would a rewrite of Superhero Club turn it into a useful educational / support tool?
2. Would a rewrite of Superhero Club increase its popularity?
3. If I hadn’t had that feedback from professionals, would I have been content with the book as it stands?
4. What would my publisher, Musa think?
I was talking recently with abstract artist Harriet Hoult, who will be guesting on this blog soon, and she felt that each piece of art she produced had its own conclusion. Perhaps every piece of creative output, once it exists in the outer world (i.e. beyond a drawer or a file on a desktop), has become what it was supposed to be. Maybe, where a book or a story is concerned, revisiting and editing after that point only unravels all the elements that put it together in the first place?
What’s your feedback on that?