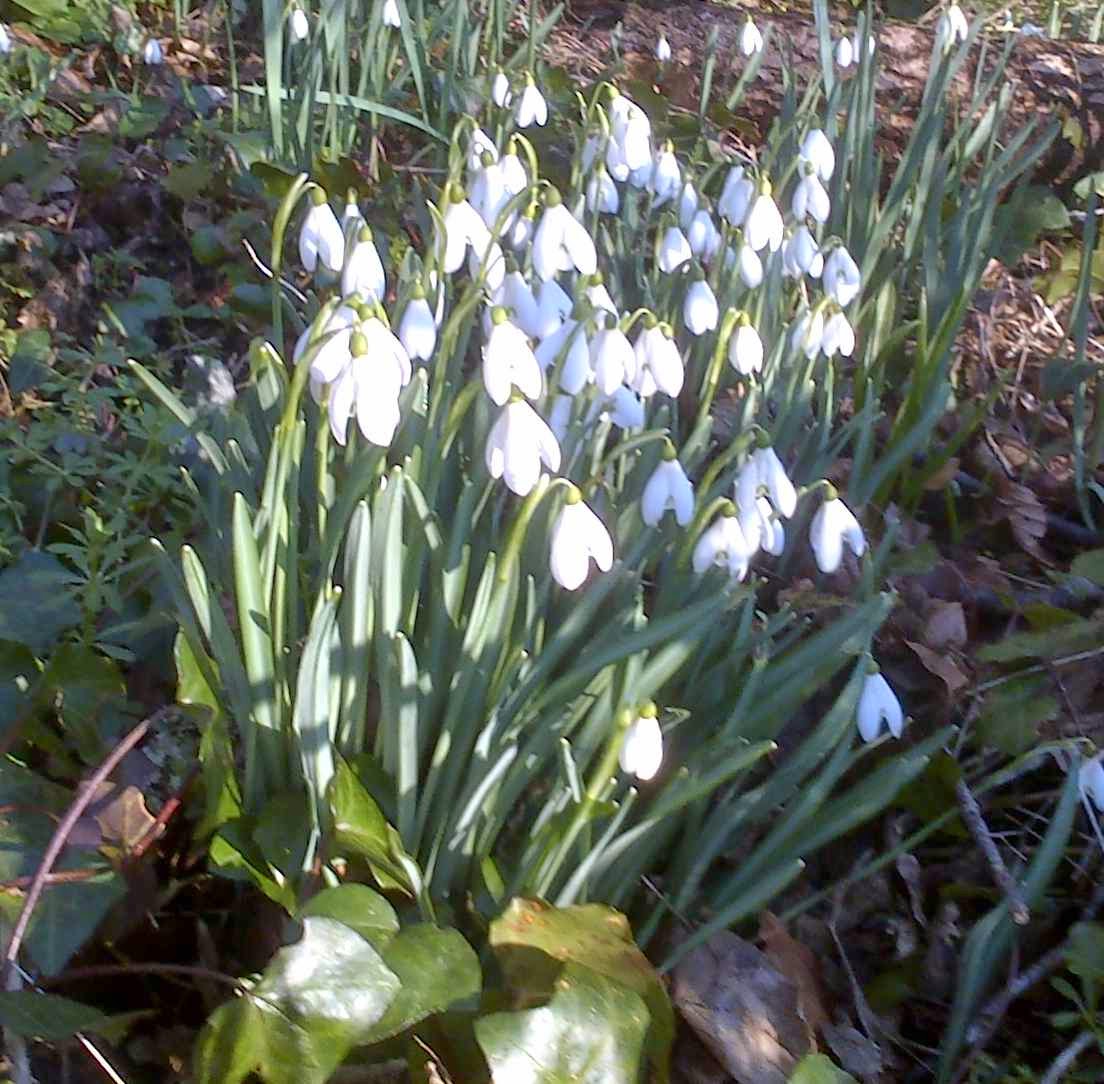 Back in the Dark Ages, when I was in Junior School, they would occasionally wheel out a large television and we’d watch part of a series that was considered both entertaining and educational. From what I recall, we never got to see a whole series – perhaps two or three episodes at most (out of six, I think).
One series involved an alien child – you knew he was an alien because his face and clothes were silver – befriended by an Earthling child and trying to escape the clutches of someone in authority. Yes, it does sound a little like ET.
I have very little recollection of the other series, apart from the ending! A group of children have followed clues to a small box hidden in a garden, possibly in a rockery, and inside the box there’s a note that reads: Time does not stand still. As a child this was not the kind of treasure I wanted to find.
However, as well as not remaining static time can bestow perspective. History, I once scribbled into a notebook, is just a series of stories we tell ourselves over and over again. Ask someone else and the history changes. Time changes history not only because there may be more facts and less propaganda as the years roll on, but also as a consequence of the context changing.
What’s this got to do with writing? Quite a lot and not much, depending upon your perspective.
I had a bout of flu recently, which is still taking its toll (rambling alert), but I can now see some improvement every day. I spent the first day of proper sickness in bed – I haven’t done that since I was a child. When it comes to flu, you know the drill – shivers, sweats, headaches, pains in the teeth, the jaw, behind the eyes (I also had them for a day or three before), sneezing, coughing, nausea, no sense of taste and a total loss of appetite. I also had tinnitus, which included repetitive noises – sometimes like music or machinery – and repetitive thoughts.
Sleeping for maybe an hour at a time, sometimes far less, your perception of time itself changes. Even my dreams were on a loop. I approached the same wall at least half a dozen times and I can’t get past it. (Yes, I am a fan of John Wyndham’s novel, The Midwich Cuckoos, as well as the 1960 film, Village of the Damned – I like your thinking!)
Not really eating and not really sleeping, apart from feeling very debilitating, can act like a detox because your mind begins to empty. Precepts and concepts that seem inviolable peel back with ease like a banana.
I’m not going to lie to you – as soon as I became cogent, or something very like it, I checked my emails. Much of it, while not exactly spam, was not really relevant. The bulk of that was elective, perhaps when I was interested in specific information about ebook marketing, business models, entrepreneurship, marketing, governmental policy, civil liberties, cyber-security and all the other good stuff I read about for business and pleasure.
But…when you only have five minutes of focused attention it tends to concentrate the mind wonderfully. What I did with my five minutes was this:
1.    I updated a freelance profile to show I was ill with flu and therefore all work was suspended.
2.    I changed my preferences and eradicated around 50% of all not really relevant emails. I’ll take a view on the other stuff when I want to take a closer look at it.
In my next five minutes of clear thinking, which doesn’t include the time slot where I just felt sorry for myself and was only slightly amused by Anne coughing like a distressed sea lion (of course, she had the flu first…), I did some actual thinking.
Writing requires introspection, and lots of it, not only so that you can trace the muse through the wondrous forest of your own imagination (where both fiction and non-fiction are born), but also so that you can get your head around the other stuff that fits around your writing and connects you to the world – preferably the parts that wants to buy your work.
Illness, however, doesn’t believe in media campaigns and schedules. It has ‘missing out syndrome’ pegged: you can’t miss out if you’re not really interested.
The world, of course, goes on without you and you might lose a little business. Then again, that can happen any day of the week. I think I might have lost a job not so long ago over less than a penny a word, although that might have been the flu addling my pitching technique.
Where was I? Yes, don’t wait until you’re unwell to stand back and take stock. Make time to regularly ask yourself the difficult questions:
1.    What sort of writer have I become?
2.    What sort of writer do I want to be?
3.    How am I measuring my success?
That last point is all-important. In business we’re told that the bottom line is profit and loss. Well, yes, as a business; but not as a human being. If you’re so focused on leverage and margins and all the other stuff that can make being in business so interesting that you don’t see the bigger picture, you’re really missing out on something vital.
Writing makes writers whatthey are, but it doesn’t make them who they are.
Put your pen down; turn off your tablet, desktop, laptop, or smart phone. Live. Before you do, here’s something to ponder:
There will never be another day exactly like today, so what will you do to distinguish it from all the others?
Look alive, people – spring is coming. It’s time for some changes, and some more vitamin C.