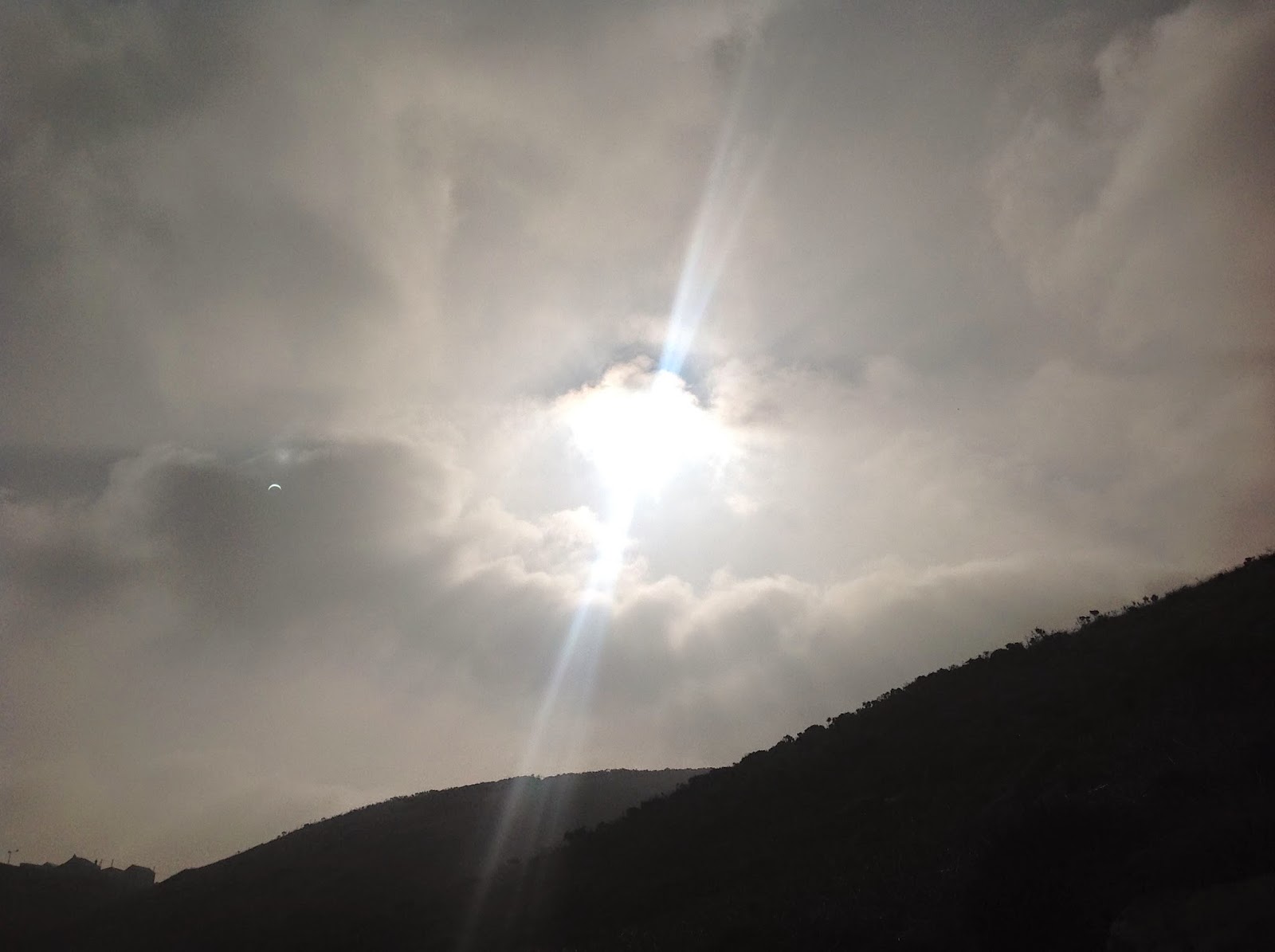 The important thing about today’s partial eclipse (let’s face it – an almost total eclipse, percentage-wise) is that it doesn’t happen very often. Anne and I headed to a little-used beach on the north coast and breathed in the sea salt, up on the headland.

The only person on the beach below was a woman with her dog. She climbed up the path and spoke with us a few minutes before the ‘big moment’. She said that she took her dog to the beach every day before work and I thought what a lovely way it was to start your day.

Lacking a quality camera (you may recall that I smashed the last one trying to take pictures of bright green seaweed at Lamorna), we relied on an iPad screen. The image above doesn’t really capture the moment pictorially but I like it anyway because it captures a moment. There’s a burst of sunlight in the centre and a teeny image of the eclipse, partway through, to the left. I think it’s some kind of reflection, but I’ll leave that one to the photographers to explain.

Like I said, it’s a moment – the two of us peering at the sun on a screen, my hands becoming colder and colder, the still earth at our feet and the breeze bringing in the scent of the sea. Earth, water, fire and air – it has all the elements of all the elements!

I couldn’t help thinking that – just like the sequence of near identical images I’d captured on the Pad – we exist in a series of moments, each one slightly different or dramatically different. We like to think that we have autonomy and self-determination, and sometimes that’s true, but often we can only choose to be fully present. That was about the time I put the screen away and just breathed in the moment with Anne. That’s the point at which, further down the line, stories are created.