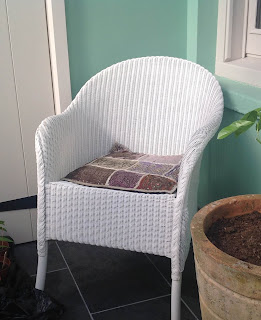 Some say the best television shows end at series three. It’s not that further series are necessarily bad, they just need to be different. The first two series of Red Dwarf, for example, felt like cult viewing; you either got it or you didn’t. It was made – or appeared to be – without a greater awareness of a wider audience. Niche viewing, you might say.

However, if a show is lucky enough to endure it will also need to progress. The writers inevitably take account of audience feedback, and the actors’ strengths, and potentially the available budget and any deadline constraints. It’s still art but there’s a more prominent commercial aspect to it.
The more series there are, the more development there has to be; whether that’s the completion of a quest (and possibly the start of another one), or characters learning something and changing as a result. Basically, some plot lines need to resolve because you can’t tease and torment viewers (or readers) indefinitely. In original Battlestar Galactica saga, for example, the storyline about the search for the Earth had to end up somewhere.
Most fans of Standpoint, Line of Sight, and Cause & Effect will probably know that I’m working on the next book: Shadow State. It’s my series four and comes with certain challenges and opportunities.
The opportunities are around character progress and subplot resolution (or complication!). I get to fill in more blanks this time, especially about Karl McNeill’s family. There’s also more chances to illustrate how Thomas Bladen has been affected by his experiences in the previous three novels. And, perhaps, a space to shine a spotlight on his relationship with Miranda Wright. (I say perhaps because that might be held over until Book Five.) By now, all of my main characters have a defined backstory and a history of interactions with one another. In a sense, I feel as though I’ve brought ‘the gang’ together now. Of course, in writing, you sometimes bring people or things together so that you can tear them apart…
As I said, there are challenges too, especially with such a large cast. Different characters demand centre stage and sometimes – in my head, you understand – refuse to play third fiddle or spear carrier no. 2. I am wondering whether the occasional spin-off short story may be a way of placating them. Another problem-ette is my own awareness of the audience now. I’ve been fortunate with some of the book reviews, both the bouquets and the brickbats (for some reason I love that word!). I know now, to some extent, what readers enjoy and what those who left at an earlier series didn’t like. I recognise that there is a trade-off to be had between what the audience wants and what I and my characters want to give them.
Here’s a hint of progressions to come, plus a red herring:
–    Jack Langton is coming out of prison.
–    Thomas has come to someone else’s attention.
–    Thomas and Karl have unfinished business from the previous books.
–    Miranda won’t wait forever for Thomas to commit.
–    Is it time for Thomas to take the lead without Karl as a safety net?
–    Patterns change, loyalties wane, and debts must be paid.
–    Maybe it’s time for Thomas to finally choose a side?
For those of you who have stayed the course, Shadow State is coming…Book Four