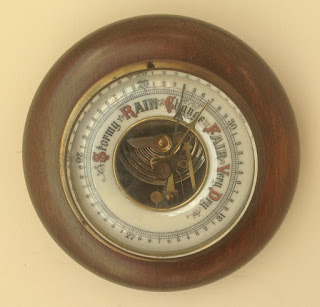 I am not, by nature, one of life’s ranters. However, from time to time I encounter something – usually, it has to be said, in my own behaviour – that makes me inwardly seethe. (Except, being British, it amounts to polite irritation and some low decibel tutting.)

The most recent example, a discussion about the validity of sentence fragments, was actually in jest. But it got me thinking about the ways in which writers can become appeasers in the scramble for good reviews, good standing in the community and a general desire to feel good. I think the logic goes that it’s often hard enough dealing with your own characters or troublesome copy without having to play rock, paper, scissors in the outside world.

Earlier this week I was delighted to discover that a script of mine had been augmented and made into a short film. Naturally, I posted the link online: https://vimeo.com/122506746 and enjoyed that magic moment of realisation that a piece of my work can now be enjoyed and critiqued by others. (Although, I will say that the acting and the direction are what make the film great.) And then it hit me…that nagging concern…that some people might not like it. Not dislike it, but be offended by it, or look my other work askance (do people still do that these days?) because Wasabi is adult humour. Some writers resolve this problem by using pseudonyms. I didn’t bother. I considered that most clients and friends are adult to enough to accept that we are complex creatures with many sides. And I’m sure friends of the author EL James felt the same way. Probably.

No, that nagging voice that worried what people would say was all mine. It was the same tone that suggested my fantasy, Covenant, was a little too occult for my religious friends. (Wrong, as it turns out.) Or that the thrillers were too sweary for a mainstream audience. They are, of course, for an audience that doesn’t enjoy GAP (genre appropriate profanity – neat term, huh?). And that’s the point.

As writers we will continually encounter people who love or loathe our work. The internet and social media has vastly increased the likelihood that you may hear from them in one form or another. That can be tough sometimes, but it is super important to know what your brands are as a copywriter or as a fiction writer (or both). You cannot be someone else’s idea of you as a writer, and if that means losing business or losing fans then that’s just too bad.

As a writer you have to learn to Man Up (or Woman Up, but I couldn’t add a sales link for that), own your work and express yourself through your writing. So, no more apologies., please. And while I’m on this roll, writers are not there to satisfy a reader’s every need. We may make them do some of the work. We may bamboozle and misdirect them. We may even, gods forbid, disappoint them from time to time. That’s all part of the game.

You can no more write to appease your readers than you can subjugate your true self in order to satisfy, placate and otherwise ingratiate yourself with your family and friends. You may manage it short-term but it will eventually ooze out somewhere. Frankly, it’s a fool’s errand and uses up valuable energy that could be better spent writing.

Remember, you never have to justify:
– Whether you are or are not published, and by what means.
– What you use your ink for and what your fictional characters get up to.
– Prioritising time for writing.
– How much money you make from your writing.

What do you apologise for as a writer and what will it take for you to stop?