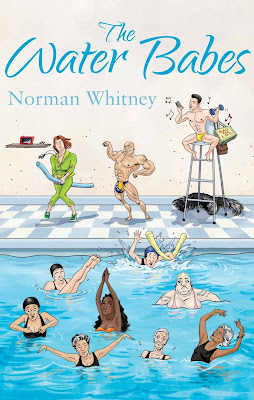 It’s long been said – and repeated on social media ad infinitum – that every book written in the English language is just a combination of the same 26 letters. However, the divide between non-fiction and fiction has always seemed a robust one. Journalists and other professionals have been known to cross the border successfully, often fictionalising their work experiences and environments.

Norman Whitney has gone one better by choosing a completely different setting and genre for his debut novel, The Water Babes. I caught up with him online and asked him what it was like to go in at the deep end.

What was your inspiration for this book?
My inspiration was basically to see whether I could write a  novel, following my successful career in English Language Teaching (ELT), and as someone who is now in his seventies! I wanted to write a novel that was not peppered with violence and murders.
I also wanted to promote my main theme, which is how people – even those of very different cultures, faiths, and personalities – are interconnected, even though they may not think so. That is why surprises and shocks about such connections are such a feature of the story, especially towards the end.
How did you find the process of creating fiction, having previously written textbooks?
Textbooks, especially those in ELT, have to be written within the constraints set by syllabuses, which very from country to country. These constraints affect everything, including grammar, vocabulary, pronunciation, and types of illustration. Syllabuses were, and still are, subject to fashions in education, which publishers had to be aware of.
My course books were for teenagers learning English overseas, and each country has specific interests such as guidance on how to study, how / whether to include guidance on study skills, self assessment, and cross-cultural issues. Also, the different weights given to the skills of reading, writing, speaking and listening in each syllabus have to be taken into account. In addition, my books specialised in the study of English in different subjects, e.g. history and geography.
Novels are free of such constraints! So, writing without grammatical or vocabulary limits came as a great relief! But there are other constraints such as continuity, consistent characterisation, and in my case, plausibility of plot lines. Adapting to new freedoms meant adapting to new conventions. Sometimes, this was relatively difficult (textbooks have wonderful artwork support which novels usually do not), but sometimes relatively easy (in novels, you can use any tense you want to whereas text books of my sort have very strict limits and prohibitions and different levels).
What was your path to publication?
My path to publication was not easy, despite textbook sales of 25 million. I needed an agent, for the first time in my life. I tried 25 agents, but none were interested, save one or two, who were very complimentary about my sample, but nothing more. I came to the conclusion that unless one were extremely talented or very lucky (I was neither), or unless one were already famous in some other field (politics, pop music, sport) the chances of getting an agent were very slim. Interestingly, several agents (hedging their bets?) asked if the manuscript had already been self-published. My other problem is that, at the age of 73, I am clearly not an agent’s idea of a solid future investment!
So I took the hint and investigated self-publishing. I looked up one or two companies that offered help, and came across Troubadour/Matador, based in Leicester. They have always been helpful, prompt, and clear. From the start, I wanted to give my book every help, and to cover all the bases (marketing, promotion, sales) that I could, and which were offered by Matador. Inevitably, this has proved costly, but since I wanted to give the book every advantage, I consider the expense worth it, no matter what happens in the future. 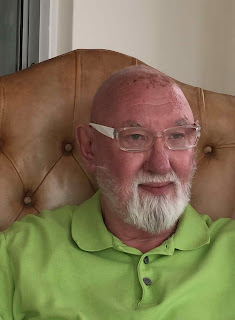 Are you working on anything at the moment?
Yes. One idea is a sequel to The Water Babes. The other is about the closed world of luxury cruising. But I am waiting to see what happens to The Water Babes before working on other ideas in earnest.
How do you go about balancing comedy and drama in your fiction?
It remains to be seen whether readers think that there is a balance in my book…!
But for me, it helps I think to have a sort of ironic detachment to the world about us. I have found that if I tell people that my novel is set around a ladies’ aquarobics class, they already seem to sense the comic potential in the basic setting. It’s a bit like setting up a situation comedy.
Add to that a mix of themes such as separation, divorce, sexual shenanigans, and a farewell party, it isn’t difficult to see how life’s dramas and even tragedies might also have their place amongst the comedic moments.
What has been your biggest challenge in creating The Water Babes?
The biggest challenge was how to introduce each character. It is an ensemble piece, (unusually for most novels, I think) and so I didn’t want to have just one dominant central character.
I had trouble making the opening scenes plausible, because I didn’t want to bombard the readers with lots of names or initial character descriptions too soon. I needed to make space for the introduction of each character’s motives for joining an aquarobics class in the first place. Then I had to combine what is initially a character driven story with what becomes a story driven more by plot, which darkens as the novel progresses.

The Water Babes demonstrates the old adage that no man – or woman – is an island.
On the contrary, the story shows that we are all in this together.

Where can we find out more about your book?
Paperback via publisher: http://www.troubador.co.uk/book_info.asp?bookid=3701