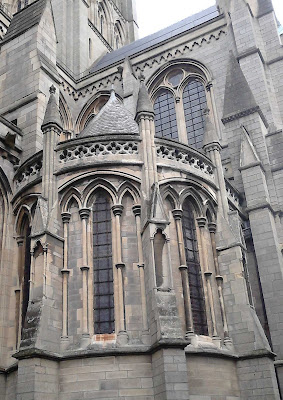 Well, it’s that time of the year again – a cross between the End Times and that moment when you’re waiting for your train / plane to be announced for a trip you’ve been looking forward to. Or else it’s another day before you have to remember to change the year when you date anything.

I find the days between Christmas and New Year a great opportunity to do the writing equivalent of gardening: tending the ground, pruning back, removing the debris and clearing away the cat poop.

In practice this means I:
1. Unsubscribe from those lists I stopped reading because I found they didn’t fit my circumstances or aspirations.
2. Check for any unbilled invoices or incorrect payments (it happens from time to time).
3. Plan ahead for future column pieces and articles with perhaps a headline and some bullets.
4. Review my activities and progress via my trusty spreadsheet. (I could say I excel at that, but I think we’re past the time for Christmas cracker puns).

A quick glance at the start of this year’s blogdom is also on the cards:
http://alongthewritelines.blogspot.co.uk/2016/01/2016-new-manifesto.html

Books of note I read or re-read this year: The Art of Letting Go, The Maltese Falcon, Shakedown, On Writing, and Narrow Dog to Carcassonne. I also read one of my own – Shadow State – but that was mainly for editing purposes.

I stuck to my guns in offering a free hour every week to writers. Sometimes I offered it pro-actively and occasionally people sought me out. Mostly, they left me alone! I worked on a couple of synopses, discussed promotional ideas, posted blog interviews, wrote anonymous content for low budget projects and, on one occasion, was invited to be a news conduit for a global conspiracy. I think it’s easy to help others at a grassroots level, but as you move up the slopes the help that people want is more specific, more time consuming and more reliant on having contacts and influence.

I also made my first foray into paid advertising, having tried a giveaway or two to see if it resulted in later sales or reviews (reader, it didn’t!). My Book Tweet campaign delivered zero sales and my minimal outlay Facebook ad produced sub-minimal results. Undeterred, I shall be looking for a more targeted service in 2017, like other businesses.

I’ve had a great year as a writer and I’d like to thank everyone who had a hand in it. You know who you are and I don’t want to risk leaving anyone out. A special mention to Anne though, without whom this writing adventure would not be possible.

In 2017, the plan is to…
– Write the fifth Thomas Bladen book, No Defence.
– Find an agent / publisher for Scars & Stripes.
– Start pitching to see the Thomas Bladen series developed for other media.
– Fail faster, be more daring and generally enjoy the ride more.
Have a good one and thanks for sticking around. Feel free to leave a comment about your creative plans for 2017 and your reflections on 2016.
Derek