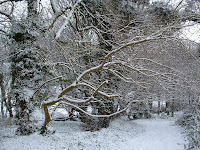 Thanks to the encouragement of fellow writers Susie and Kath, I signed up to the National Novel Writing Month, which takes place every November. If you’ve got a novel that’s stuck in you – or even if you only think you have – it’s a great way to focus on that all-important first draft. Sure, a lot of what you produce will be pants; the object of the exercise is quantity rather than quality – you can worry about the editorial scalpel later on.

I managed 42,500 of the target 50,000 for the month and an 85% success rate is good enough for me. I had already written 19,000 of Scars & Stripes so I’m now somewhere around the two thirds mark. Keeping to a schedule (most of the time) has produced new scenes, unexpected character interactions and put me in a better position to complete the first draft by mid January – allowing for the festive season, the usual rollercoaster of motivation and slacking off, and anything else that gets in the way.

Writing a novel that’s loosely based on personal experience has another dimension to it, in that you’re borrowing from real events and real people. Once the first draft is done, there’ll be a cover-up exercise that would make WikiLeaks blush. But for now, I’m happy just to have got past that difficult halfway mark, having wriggled through the tunnel of self doubt.

And best of all, I tell myself, when the first draft is done, in keeping with time-honoured tradition, I can put S&S to rest for a while and either get back into editing Line of Sight or start another new novel. Or maybe I could leave that one on the backburner until next November.