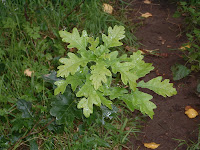 Apparently, the term entrepreneur was apparently first used by the French economist Jean-Baptiste Say. Where once this was synonymous with a contractor, who acted as the third part of the holy business with capital and labour, now it means much, much more. The entrepreneur controls – either directly or indirectly – the means of production, the branding, the marketing, the sales and the aftercare. That sounds an awful lot like a writer to me.

Lately, I have been discussing the realities of writing commercially with Wolf, over at Wolf Photography and my transatlantic compadre over at A Word with You Press, writer and editor-in-chief Thorn Sully. When running a creative business, it quickly becomes apparent that not only do you need to wear several hats, you also need several states of mind (preferably one per hat at any given time).
If, as in my case, the type of writing you do varies from client to client, that potentially multiplies the headwear during the production stage. I currently produce the following: features, copywriting, web content, speeches, sketches, gags, monologues, slogans for badges and greetings cards, short fiction and of course those beloved novels of mine.
The more I research internet and social media marketing models (and believe me, I’ve been doing a lot of research recently), the more I realise it can be summed up in one sentence: You find a way that works for you. Yes, there are approaches that appear to work for some individuals under certain circumstances – for example, an ebook author on Twitter announced his 50,000th sale last week, which is brilliant. But I’m also aware of a maxim in relation to business models: You only sing when you’re winning.
Which is a roundabout way of saying I’ve decided to park some projects in order to focus on what, on the good ship corporate, we used to call The Lead to Cash. And if Sarah’s reading this, please forgive me pressing a bruise! However creative we may be, business decisions are always rooted in pragmatism and often open to interpretation – here’s a snippet on Radio 4 about Innocent and the investment from Coca Cola, as a case in point.
My thanks to those of you who purchased a copy of my short fiction ebook The Silent Hills.
If you’re still thinking about it, here are two reviews to help make up your mind from
Crystal Trent Reviews and writer Rosen Trevithick, who I interviewed recently about her own novel, Straight Out of University. And here’s an interview with my lead character, Peter Marlow, on the Musa Publishing blog.
Happy reading and happy writing!