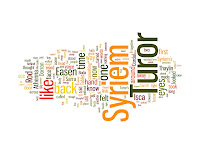 Somewhere back in the Cretaceous Period (i.e. in my late teens), I had an idea for a long story. In essence it was about two friends who followed very different paths in life and how those paths crossed in the future. It was set in a sci-fi / fantasy context and drew on my emerging interest in religion, philosophy and all things mystical.

The more I developed the story, the more it drew me in and eventually it became a novel, over a success of exercise books and poorly typed manuscripts. In the beginning, for reasons that wouldn’t stack up to scrutiny (unless you enjoy paranormal concepts), the book was named The Promise of a Rainbow. I completed the first developed version (there were many undeveloped versions, believe me) in New York, way back when, and over the years I’ve picked at it and refined it and smoothed off the rough edges. Think of it as a perfect spot.
A running joke between my friends used to go like this:
Them – “When are you going to finish that book?”
Me – “I’ve finished it lots of times.”
My, how we laughed.
Well, as eagle-eyed blog readers will recall, the book – long since renamed Covenant – has had its own share of misadventures, including: the editor who died, the replacement editor who then hated and rejected the book, the independent publisher who went bankrupt, and the publisher who refused to return the manuscript or answer any email, letter or phone call – and yes, I did try Recorded Delivery.
The thing is, I recently had a request for the full manuscript from a well-known esoteric publisher (Covenant includes such themes as reincarnation and mysticism), so I naturally took the opportunity to give the book one last going over. And therein lies my point. It is the last edit, barring any changes requested by the publisher, if they deign to take Covenant on. I’ve reached a point where the book is the book and that’s all it needs to be.
‘What if the publisher declines it?’ I hear you thinking. Well, I’ll cross that bridge when I come to it, but another edit isn’t on the cards. It is finished.