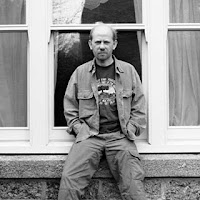 It used to be that people defined themselves as being either glass-half-full or glass-half-empty. That, of course, was back in the days when we could afford our own glass.

The debate about the relative merits of being optimistic (motivated and aspirational) versus pessimistic (rarely disappointed) will continue long after I’m gone. And we could even take a peek at negative positivism, were we so inclined. But you can do that on your own time.
Writers are not inured from life. Rather, we are both participant and observer. This has certain advantages – not least that, when the going gets tough, we have something to write about.
Just a couple of star prizes this month – yes, I’m awarding them early:
1. The magazine that took a breathtaking 16 months to reject a story of mine. When I tactfully queried (for I’m nothing if not a diplomat..in my own way…) whether any future submissions would take the same length of time, they helpfully replied that: There was some slush stories that didn’t make the transition over into the new, better, awesome, system, and we only recently discovered them hiding out. To be fair to them, we’ve all lost the odd comb or key down the back of a sofa – in their case, it was my slush.
2. The literary agent who, upon my three-month query of my synopsis submission, advised that it had not been received first time round from their website. And in any case, they always charge a reading fee of £75, but I’d get a report with that. Although, clearly, no relish.
Neither of which, it has to be said, actually mean anything. In the first instance, the magazine story has already been published (let’s face it, 16 months would have been a long time to not submit it anywhere else), and in the second case the novel is under review elsewhere.
If there is a moral to this post, it’s this:
Most of the time, what goes on around us is entirely impersonal and whatever significance we attach to it comes largely from inside. What you lose is never more important than what remains.