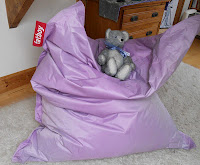 There’s a definite art to naming your book. Or perhaps that’s an indefinite one. On the face of it, it’s the headline for the story – pure and simple. A title can create reader expectations about the setting – 1984, Animal Farm or even Great Expectations itself. Or, perhaps, act as a teaser – Tell No One. What has always surprised me is the confidence and the artistry with which some authors (or their publishers!) name their work.

Paddy Clarke Ha Ha Ha is one example, I think, of a title that can only have come from an established writer. It’s confident, bold and stands apart.
I’ve written four novels now and the way I arrived at the title has been different each time.
In the beginning, Covenant started life as The Promise of a Rainbow. Fine for a tinkly fantasy, but it seemed mismatched with its central themes of reincarnation, death, retribution and inner worldly mysticism. The original title came from a ‘message’ I was given once, and the replacement title was suggested by a friendly editor (not friendly enough to take it on, mind), as two of my original chapter headings included the word Covenant.
Next in line was a novel born at a novel writing summer school, Standpoint. I hacked and hacked at this one, keen for the title to have a clear association with both the protagonist’s surveillance photography and the story of him making a stand against injustice. It’s still not too late for Thomas Bladen Ho Ho Ho, though.
Third in line is Line of Sight, sequel to Standpoint. Again, there’s a clear association with the plot and the central character’s ability (or inability) to understand the subtleties of what’s going on around him.
Lastly, for now anyway, there’s Scars & Stripes, my wunderkind. A no-brainer really. The comedy drama novel is set mainly in the US and tells the tale of Alex ‘s efforts, following the end of his relationship, to live out the American Dream.
Here are some titles by friends of mine:
The Making of Her by Susie Nott-Bower
The Reluctant Detective by Sinclair Macleod
The Geneva Connection by Martin Bodenham
So, dear reader, what are the best, worst and most intriguing book titles you’ve ever encountered?