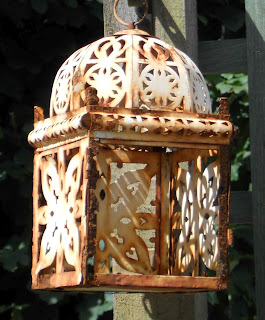 With few exceptions, most of the posts you will ever read about the practice of writing, anywhere on the Internet, will be positive. Sure, there’ll be the occasional I submitted my novel to 11 agents…’ but the punchline will usually be, ‘and the 11th submission came up trumps’.
This post will be a little bit different.
This tale is what you might call the flip side of the coin – the side that lands in the dirt. And pretty much stays there. Except that, viewed from another perspective, it doesn’t. This affair is a literary one and full of contradictions.
We’ll start at the beginning. Well, not the very beginning because that took place a long time ago – in the 1980s.
My fantasy, Covenant, is a large book. It weighs in at 133,000 words and, believe me, that is the shortened version. It’s a quest that involves a range of themes, both archetypal (truth, loss, justice and redemption) and esoteric (altered states of consciousness, reincarnation, and mysticism). Even for the fantasy genre, based on the feedback I’ve had, I’d say it’s a little different.
It has been a long journey. You can find snippets elsewhere in this blog, but the facts are these:
– 20 submissions to agents.
– 40 submissions to publishers, which include Indies.
– Subbed in the UK, USA, The Netherlands, Denmark and South Africa
– Fastest decision time – 1 minute (no unsolicted subs at the moment, thanks).
– Slowest decision time – 1 year, 3 months and 16 days (Baen Books).
– Five contracts offered.
– One was solely for ebook publication.
– One was for a very limited print run.
– Three wanted author contributions from £1000 to £5000.
– One publisher wanted me to commit to buying 150 discounted copies.
High points:
– Being offered each and every one of those five different contracts. Okay, so I declined on the basis of my costs or their distribution model, but in each case – had I the available funds or the profile – it might have worked out. Bottom line? Publishing is a risky business and they wanted me to share the risk.
Low points:
– My editor at Samhain, Terri Smith, approving my book and then passing away before the revised contract could be signed. Followed by the replacement editor turning my book down.
– My ms or return postage not being returned by Capall Bann, and no reply to my phone call / registered letter. And this was after they’d sent me a proposal.
– Saga Whyte Press falling victim to the global downturn before my launch.
– The agent who wanted the ‘small amount’ of £70 to read my ms sample.
And after affairs, so I’m told, once the recriminations and rationalisations are little more than fading memories, there’s a fresh perspective. Maybe it’s not always forgive and forget, but it’s learn the lesson and move on. The lesson for me was that, after years of subbing and editing, and all of the above, I decided that I don’t want to do it anymore. Not with Cov. I do, however, want to see Cov in print.
It took Villayat SnowMoon Wolf Sunkmanitu, a fellow writer and photographer, less than 30 minutes to talk me through the pleasures and pitfalls of paperback self-publication. I know, from the feedback I’ve received, that there’s a niche readership out there. And I used to have a reader group of around 30 people who received a chapter a week. So here’s to the end of the affair and the onset of independence.
I aim to complete the proof edit by the end of July and commit to print in August / September.  And I’m waiting to hear about using a cover design from one of my former editors. So watch this space, and if you’re into esoteric fantasy epics, you’re welcome to join my mailing list.