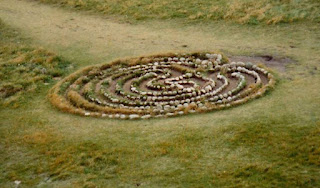 One of the great things about my brother was the way he’d introduce me to TV programmes or films that he thought I’d enjoy. He was invariably correct (up until the second series of South park, anyway).

Through him I encountered Spaced, Black Books, The Simpsons and Family Guy. Looking back, I don’t know why I never got round to watching them unaided. The one film he insisted I watch at some point was The Big Lebowski. (He was also a Steve Buscemi fan, so perhaps he was a little biased, but we’ll forgive him that.)

I haven’t been consciously avoiding it since he died, but somehow the chances came and went. And it’s fair to say that half the pleasure would have been in discussing it with him afterwards. As I’m journeying through The Artist’s Way again, it seemed like a perfect artist’s date to finally give the film a go.

So far, this post is pre-written and you’ll find my review at the end of the page.

The film has assumed a hugely symbolic significance before I even see it. I can still recall talking about it with him, back in his flat in Leigh on Sea. It was maybe eight or nine years ago and it seems like a lifetime now. If you’ll forgive the irony, it was.

David was enduring Non-Hodgkin’s Lymphoma and the chemotherapy, radiotherapy, UV treatment and everything he had to contend with. I was a different person back then. More understated, perhaps. Still wrestling with the implications of his cancer and endlessly cycling through some of Elizabeth Kubler-Ross’s stages of grief like a hamster trapped on its wheel.

“Honestly, the film is made for you,” he promised. I didn’t know whether he was taking the piss after my year in the US, back in my 20s, or whether he was referring to some aspect of the plot (which he refused to divulge). “Just watch it and you’ll see. Trust me.”

My cousin told me a story once, about my brother. She was at his flat and looked at all the photos on display. Close friends, mum and dad I think, and maybe one of my cousin too. But not one of me. When she asked him, he told her, “No need; I already know what he looks like.” And then he went quiet and added, “I keep his picture in my heart.”

Brothers can be like that. A Sunday session at a snooker hall or a suggestion of a film can be heavy with subtext. Nothing needs to be said because it’s all there.

I thought about that when I was putting together the acknowledgements page for Covenant, which has recently come out in paperback. I’m pretty sure I sent David one of the many versions of the manuscript over the years. He probably said, “Yeah, it was…erm…good,” like the time when he still hadn’t opened my Christmas present on Boxing Day morning.

In the end I decided not to include his name in the list. But only because he’s not around to read it. And if he is, in some shape or form, then it’s like the photos in his flat – he knows and I know, and that’s good enough for me.

And The Big Lebowski? I loved it. Absolutely loved it! Just like he knew I would. Without spoiling what is a cult film, I’ll just briefly mention in passing there’s one scene where someone’s ashes are scattered. That scene stopped me short, caught in my throat a little and made me wonder if there wasn’t a hidden message.

I remembered scattering his ashes, with his best friend beside me as we stood amid the great oaks at the City of London Cemetery. I trailed two lines to form an ‘x’ – the runic sign of a gift, or a final, farewell kiss.

Only it’s never final. Like the man says, “The Dude abides.”