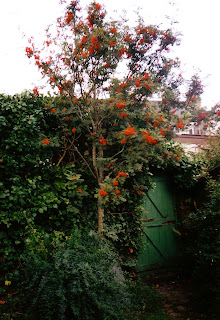 One of the general observations about my writing is that I don’t really seem to do happy endings. Don’t get me wrong, both the short and long fiction usually concludes with some sense of possibility for the future. And, by the time they reach the last line, most of the questions have been answered and the plot lines neatly drawn together. Even so, perhaps it’s no surprise that I’m not famed for my ‘heartfelt’ and ‘contented sigh’ final pages.
I submit the following as character references:
Item 1. Years ago, Anne and I went to see Bridget Jones’s Diary with a friend of ours from Germany. The last bit is only relevant because she lived in the UK at that time and her friend was over on a visit. Anyhow, there must have been a maximum of four guys, tops, in the whole cinema audience.
Our friend’s friend turns to me and she says, “I am watching this film and I see all the people around us, laughing. But I notice you are not laughing and I am wondering why this is?”
I explained, “When I was 13 I broke my nose and frankly that was funnier to me than this film.” I can confidently surmise that she didn’t get that either. It’s not true of course – there’s nothing funny about breaking your nose, as I well recall.
The point is that I didn’t connect with the jollity and comedy drama.
Item 2. I have, in the past (duh, well it couldn’t be in the future), admitted that if I watch any TV programme with too contrived an upbeat scene or ending I get physically uncomfortable. It’s like a pressure across the top of my chest, combined with a sort of cringing irritation. I’m not making this up.
Item 3. I’ve been to at least a dozen funerals. My brother used to say that I ought to have my own parking space.
However, in writing Scars & Stripes, which is loosely based upon a year I spent in the US, back in the late 80s, I’ve begun to really appreciate the skill that’s required to send the reader or viewer away happy. Deftly done, it’s a conclusion the audience was hoping for that still manages to surprise and enchant them. However glib or trite the ‘reader, I married him’ final minutes might appear (I nearly said dying minutes), it has taken thought and effort and craft to get you there.
So, am I a convert now? Well, somewhat.
I’ve watched Bridget Jones once or twice since that time in the cinema, as well as Notting Hill and Love Actually. I’m more comfortable seeing About a Boy (apart from the Hugh Grant bit on stage, near the end, which still makes my flesh crawl – though it’s nothing personal, Hugh), but I do appreciate them all.
It’s easy to trivialise the value of spreading a little joy, especially when the Christmas schedules are awash with lashings of festive good cheer, redeemed Scrooges and families who learn the value of Crimbo just in the nick of time. As a counterpoint, a lot of comedy, from where I sit, can seem like a theatre of cruelty.
So, taking everything into account, even if I don’t always manage to light them myself, it’s good to see some candles burning away out there, telling the darkness to go whistle.
And speaking of a little positivity, check out Frequency – a film I found by accident that I’ve loved ever since.
* Readers of my novels will know that even this half of the sentence cannot be substantiated in three out of the four of them.