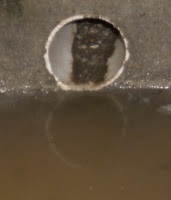 I’ve been swapping the odd line with fellow Musa author Wendy Soliman about the joys – or otherwise – of editing. I’m pleased to say that after maybe the fourth draft, I remove the version number from the title and stick to ‘edit’ or ‘edit A’ as a naming convention. It’s kinder that way and stops me from fretting.
Whether it’s contemporary fiction such as Wendy’s or thrillers like mine, every author, at some point, throws up their hands in despair and asks, ‘When will it end?’ I have to confess now that as a writers’ meeting I once declared that I only edited to the point where I could get away with it.
The truth though is that it’s only over when the agent or editor says so (whether it’s indicated by their acceptance of your work or by an email with a smiley face). There are few literary crimes greater than disappointing your readers with a floppy plot, distant characters, lacklustre dialogue or shabby story. Hopefully they’ll have invested their money to read your work and if not that then they have certainly invested their time.
With every edit, something more subtle is revealed, just as other material is removed. It’s archaeology for manuscripts. And what you’re left with, once you finally get there, is something that makes all the hours, all the different approaches and all the hair-pulling session worth it. At least, I hope that’s the case!
I know, you’re wondering about the image? It’s a drain pipe and, as you can clearly see, it’s above the water line. Consequently, although it looked fit for purpose to the eye, it doesn’t do the job once the rain comes down. And just to reassure you, that’s mud.