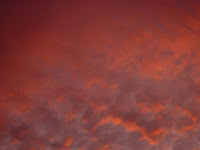 According to Barbara Streisand, people who need people are the luckiest people in the word. Mind you, she also said that love was soft as an easy chair.

As a freelance writer, I know that people – both clients and readers – are the lifeblood of the business. But…I also know that the occasional conflict is inevitable in all walks of life.

So, in the interests of putting an interesting filling in this particular truth sandwich, here are some cautionary tales.

When the Little Book of Cynics was published back in 2007, I tried everything I could to get some publicity. This included approach a writing magazine and producing a press release about the journey to publication for a first time co-author. The piece was duly printed with congratulations made to David Thompson. Needless to say, I hadn’t been sent a proof copy ahead of publication, so the horse had already bolted, boarded a bus and been granted a new identity. Plus, as the magazine was monthly, it was felt there was no value in issuing a minor correction.

2. The Proof is in the Pudding

Long, long ago (judging by my email archive), I had a publisher lined up for my fantasy novel. As a small, independent, they naturally had a small but dedicated team. What they didn’t have was time. After waiting a year for a proof edit, which I required before I was willing to sign a contract, said publisher managed a rush job and processed a 142,000 novel in two weeks. Perhaps unsurprisingly, I was unhappy with the end result. Due to this and other issues, we parted on friendly terms.

I had a highly qualified client who wanted his CV tailored for each of the prestigious jobs he applied for. As our working relationship progressed, I developed stock phrases and paragraphs that could be applied or adapted as the need arose. There came a point where he wanted to apply for one particular position and, based on my knowledge of his CV and experience, I questioned whether he was a good fit for the position. As if that wasn’t enough of a faux pas, he then challenged me on my use of content from one of his previous job application. I countered that my role was to give him the best application possible, using all the infornation to hand, and that the finished CV was the result of a number of iterations and not merely a quick fix. After further discussion, he paid for services rendered and decided to discontinue our working relationship. I spent a further hour crossreferencing the vacancy requirements with the CV I’d put together, to illustrate why I thought I’d provided a professional service and showing where those all-important chunks of content met the criteria.

But first, a true story…

When I was a kid, our mum used to call me David – a lot. He was my older brother and I’ve written and spoken about him elsewhere. Sometimes she’d catch herself part way through the name, realise I was the ‘other one’ and call me Da…rick. So, somewhere in the depths of my subconscious, there’s probably a little sensitivity about my name. Over the years, I’ve been Del, Derry, Dehr (probably needs an American accent), Delboy (of course), Dilbert and D. They’ve all been fine.

A few days before my brother’s funeral, I met the minister for the first time. His opening line to me was, “Ah, you must be David.” To which, I replied, with all the subtlety of a lump hammer, “If you want David then you’ve left it a bit late.” Fast-forward to the service and the padre turns to the coffin, during the committal and says, “And now we say our farewells to Derek…” I resisted the almost overwhelming urge to wave from the front row and call out, “Hello? I’m still here,” out of a sense of protocol. After all, there were others present who might not have seen the joke.

Now, back to the matter in hand…

Recently, I wrote a voluntary feature for a magazine, about a writer friend of mine, who passed away earlier this year. His partner was generous enough to talk to me at an incredibly difficult time for her, and provided both personal details and a photograph for the feature.

I saw a draft version of the piece, but not the print version. So it was a tad disappointing, while I did see my name at the top of the magazine page, to find Dennis thanked at the bottom. I did not handle the matter well and remonstrated in no uncertain terms to the editor, who countered with equal bluntness. Although I think I still think it was an entirely unnecessary foul-up, I can’t fault his response.

Conflict is a fact of life, but how we deal with it is a matter of character. In my experience as a writer, conflicts usually arise because of differing priorities. However big the to do’ list, there can only be one number one.

The lessons to be learned the above are:

1. Always ask to see a print ready version of your work (with thanks to Villayat SnowMoonWolf Sunkmanitu) as part of your standard terms.

3. Remember that you don’t have to be best buddies with people in order to do business with them, but you do have to be professional.

4. Remember that the customer is always right – even when they’re not!

And to help sing us out, here is an insightful quote that’s attributed to Bill Cosby:

I don’t know the key to success, but the key to failure is trying to please everybody.

So, how do you handle work conflicts and how might you have handled any of the above situations?