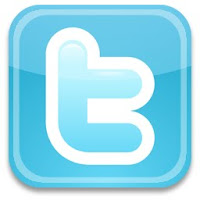 I recently attended an excellent social media presentation by Julian Summerhayes that made me think about Twitter in a new completely new way. Ironically, it wasn’t something that Julian said (although, trust me, he said a lot of good stuff); it was a throwaway remark by one of the audience.

Julian talked about new models for doing business and creating a customer base (my words, not his), and about how potential clients were more interested in how you could solve their problems than in who you thought you were.

Then someone at a nearby table said that he used software that identified any Tweet with a particular keyword, where the Tweeter was based within a 20-mile radius of the commenter’s office. Personally, I thought that was genius – both relevant and local. He also added that, by answering questions and engaging with his potential market over Twitter, he had won new business. This sounded like an approach anyone that any business could use.

And also explained why, within five minutes of me replying flippantly to someone’s fish joke (by trying to top it with a better fish joke), I had a follow request from an angling equipment company. It also explained the follow request, later that day, from a sex site – and made me think more carefully about the other jokes I tweet or reply to.

Twitter is a great way to engage with an audience or readership. The brevity of 140 characters requires you to think carefully about what you want to say and who you want to achieve. And, perhaps most importantly, why you want to say anything at all.