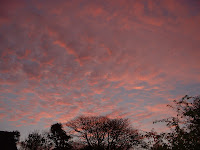 You’d be forgiven for thinking that life is just a series of trials and tribulations, followed by an inevitable decline and death. And thanks so much for coming. It’s not difficult to find reasons to be despondent – the weather, the recession, climate change, the list goes on.

But… let’s not also forget that people out there are doing amazing things – every day, unsung and often unrecognised. People are planting trees, cutting their carbon footprints, helping their neighbours, supporting charities and generally doing their level best to make a positive difference. It doesn’t make good media copy though, if you want to sell newspapers or capture viewer figures.

As a working cynic, for my writing, I plough through a lot of news – mostly bad – to find comedy gems and witty juxtapositions. It’s like panning for gold in a river of misery. Sometimes, even I need a break. A glance through Positive News is like stepping into another world. It’s similar to ours, only brighter. There are still environmental challenges and poverty aplenty but people are doing something about it. It always takes me a while to settle into the paper and rekindle that little beacon of hope but I’m always grateful to Positive News for reminding me that it’s there.

We in the West are not that bad off. I know things are shit for a lot of people but if we saw the bigger picture around the world and realised that wanting something is not the same thing as having a right to it, we might find our individual loads a bit more bearable.

Today I was going in the newsagents to buy a lottery ticket and this bloke headed out muttering: “I give up – it’s a MASSIVE queue in there.” I decided to go in anyway and what did I find? What riotous chaos met my eyes? I’ll tell you. It was indeed a queue of FOUR people.

All I’m saying people is let’s get some perspective.