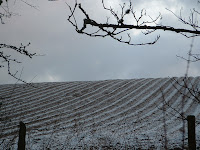 Rejection, as every published author tells us, is part and parcel of the process from the first draft to that magical copy on the book shelf. While rejections can be galling, confounding and sometimes amusing, what matters most is whether there is anything we can learn from them to improve our work or our approach.

Often, we’re grateful to get a response at all and doubly delighted if there’s actual feedback in there, beyond anything that commences ‘Dear Writer’.

So, hot off the coffee table, here is today’s rejection in all its glory. With a little added comment from me along the way.

The turnaround time was two months, which is very good. Three months tends to be the industry average but you can often wait much longer. And the covering letter thanks me for a lively manuscript. I have to say that seeing my covering letter marked with ‘Slush’ made me laugh out loud and didn’t stop me reading further. Anyhow, here’s the reader’s feedback.

It was fast paced and humorous, which worked well with the genre. The opening scene had plenty of action and intrigue. It was an easy read, chapters are short and the tone is light.

Seems like a very weak imitation of Ian Flemming. Though the setting is modern day there are Russians and East End criminals, which seems too reminiscent of the Cold War Era and doesn’t appear convincing. The synopsis of the plot also seems a little convoluted. Miranda’s character, the daughter of an East End criminal is unbelievable; it too is a bit outdated.

That said the story undoubtedly, with many changes, would have an audience and would be marketable, whether the proposed serialisation would have continued success is questionable. Nor is Standpoint on a par with other books published by us.


Ouch! If I were in a room with the reader, I’d thank them for taking the time to read my work. I might also mention that the Russian is actually Kosovan and that Ian Fleming only had one ‘m’ in his surname. Still, churlishness aside, there is useful detail in the half page of feedback – about the synopsis and Miranda – along with some positives about the humour and pace. I think if I’d known up front that the publisher’s catalogue was already filled into 2011, I wouldn’t have submitted Standpoint. But I’m glad I did because if you don’t ask, you’ll never know.