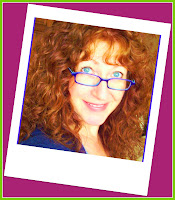 There are many benefits to being part of a writing community. You get to share in other people’s success, you can receive valuable feedback from people who’ve walked down a similar road, and you can swap the odd contact or reference resource.

I’m a regular visitor to the Strictly Writing blog and recently heard that fellow scribe, Deborah Riccio, has self-published her second book, Re:Becca So naturally, I wanted to find out what made her choose that route and what makes her tick.

Q1 What’s your approach as a writer?

When I get an idea it has to ‘work’ in my head before I’ll go anywhere with it, which seems like such an obvious thing to say now I’ve written it down. It might be the greatest idea I think I’m ever going to have, but it has to undergo the Interview from Hell in my Head. Yes, but what would happen IF… COULD this happen? Would it be too unbelievable if… (silly, considering it’s fiction anyway). And the killer query: “Where do you see yourself in 200 pages’ time?”. If there’s a plot that I think I could happily drive then the characters are secondary – until they hit the screen – and then they take over the whole story and I find the original ‘idea’ changing to accommodate them, not the other way round.

As an incredibly inquisitive person, teen writing allows me to be at my annoying, probing best. Teens want to know EVERYTHING and they are pretty much fearless in their pursuit of anything because adulthood hasn’t dulled their perceptions yet. Whilst grown-ups wander about with the recession hanging over their heads, somewhere there’s a girl in the 6th Form who is seriously worried her nail varnish might chip before morning break. It’s a refreshing counterbalance.

Q2 What do you want readers to know about your work?

Above all that it’s going to be an entertaining read; it won’t be stuffed full of clichés and there won’t be a predictable happy ending. The first book I put on Amazon, ‘DEAD GOOD’ is the first teenage book I ever tried my hand at. And I have Sarra Manning to thank for that. And my daughter, who was a massive Manning fan and left books lying about in the smallest room for me to pick up… too much information, I know. But it was these books that kind of gave me the permission if you like, to write straight from the gut – and a teenage gut is just such a myriad of emotions; they say and do things that adults worry might be socially unacceptable and they don’t have the dreary baggage that adults have – you can get away with so much more writing with a teenage head on. I find teen writing a totally liberating experience (probably because I’m still fifteen in my mind).

Q3 What made you choose self publication, how did you find the process and have there been any surprises along the way? (Three for the price of one!)

After over a decade of ‘serious’ writing – i.e. printing out the first three chapters, angsting over the one-page synopsis and standing in queues in the post office with self-addressed return envelopes THEN The Wait….crossing off rejections (if and) when they came back, I finally got to the stage last year where I had three agents with the full manuscript of the same book. And you don’t need me to tell you how great that felt. The three dwindled to two; the two to one and after I’d re-written the book three times (with 3 different endings) it was still met with a ‘not for us, thanks’ which really, really hurt.

The nuts’n’bolts process of self-publication was pretty easy really (although formatting was a bit of a nightmare). It was convincing my brain to actually do it that was the hardest thing to do. I couldn’t quite equate self-publication with ‘being a writer’ because it wasn’t something that was being validated and supported by either an Agent or a Publisher – I was doing this ALONE and it was scary. What if I actually am a sh*te writer and this is why I’m not represented and NOW everybody will know how crap I really am?

I guess in the end the Su-Bo in me won through and I thought ‘soddit, this is me, take it or leave it. I don’t even have a reputation to uphold.’ I dreamed my dream. (Ha!)

The only surprise I’ve had is that this weekend ‘DEAD GOOD’ is on Kindle for free and downloads have rocketed (from 10 when it cost £2.01 to over 100), so I guess people just love a freebie. Luckily I’m not in it for the money and I’m delighted that so many people have clearly read the sample chapters and still downloaded it – that makes me smile. I had my first review yesterday – from somebody I DON’T actually know and it was such a thrilling thing to read. THIS is what it’s all about.

Q4 Which authors and books have influenced you?

Along with Sarra Manning’s teen books latterly, I’d have to say that it was ‘Watermelon’ by Marian Keyes back in the early 90s that made me realise I could do it. I loved that there was a place in the writing world for overweight women called Denise who ran off with the bloke in the downstairs flat whose wife was just about to give birth. I almost cried with joy when I realised it didn’t all have to be about riding horses, being posh or being a film star that made it onto the bookshelves. Or jolly japes involving five chums, a border collie and lashings of ginger beer. I like a bit of realism, me.

Q5 What are you working on at the moment?

I’ve just put my second Young Adult book up on Amazon, ‘Re:Becca’ which is all about a teen who feels like she doesn’t quite fit into the real world. She gets bullied a bit and when her parents take away her mobile, her internet connection and her iPad she thinks it’s the end of Her World. Which, of course, it isn’t.

I’ve started a Tandem book for this. Following the two bullies that make Becca’s life a hell in Re:Becca, it’s something I’m having a lot of fun with. Unsympathetic main characters are the best – who doesn’t love Ebeneezer Scrooge or The Simpsons’ Mr Burns? Of course I’m also hoping that some kind of ‘message’ comes through about bullying too, especially as it seems to be just as prevalent as it’s always been. Its working title is: ‘In Your Face’. Look out for it.

Q6 You’re at a party filled with all sorts of professions. After the writers have left (taking the agents and editors with them…), which group of people do you gravitate towards next?

The stand-up comedians or the ones who look more like students. I guess they’d be having the most fun. I’d hate to get stuck with a Doctor or a Teacher or a Plumber – grown ups talk about the most boring things. I like that there’s still a “what if” in a younger person’s mind as opposed to the endless drudgery that inhabits an adult’s world. And if it’s a comedian, can it please be Dara O’Briain or Sarah Millican?

Q7 What did you dread being asked – and how would you answer the question?

Anything about Booker/Orange Prizes or Awards. They’d be deleted before I even attempted to answer, knowing or caring nothing whatsoever about them!