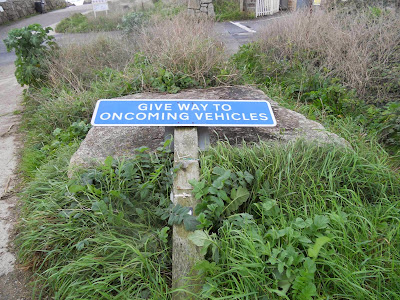 I believe it was the Roman philosopher, Tacitus Bloggas, who decreed that the 31st of December (or whatever they called it back then) should be marked with a blog reflecting on the year that has been. Also, let’s face it, list pieces are easy on the eye.

Like many writes I start each year with a set of goals – some are carefully considered SMART goals, while others are the equivalent of me shouting up at the starry night sky in the hope that the Universe is listening.

So, this year, my list included these gems (with additional, helpful commentary after the fact in blue):

1. Write a certain number of articles and, equally importantly, get a certain amount publishers. Ideally, those two amounts will match. Although I wrote the pieces and although I had no direct control over their publication I did meet my quota by and large. Some articles are still in outline, ready for next year.

2. Get a book contracted. At the time of writing, I am awaiting feedback on a book proposal I was invited to submit (after I pitched something). It’s a different kind of book and I’m keeping my fingers crossed.

3. Experiment with Amazon’s giveaway and price reduction functionality on Kindle Select. I had a play around with the pricing – which I written about elsewhere on this blog – and learned more about marketing and the value of Twitter. Sales went up a little, freebies were taken in their hundreds and I got one new review.

4. Complete the first draft of new novel-in-progress, The Caretaker. I have to report [solemn, Churchillian voice] that I only reached 38,000 words. I’m disappointed – and so is my champion beta reader, Sarah Campbell, probably, but it was hard to commit fully to book three in a series while still trying to place book one. Plus, I was also trying to work as a freelance writer and find a home for transatlantic comedy drama, Scars & Stripes.

5. Write more gags and sketches for performance. I had some comedy material performed this year and got paid too. In addition, one of my gags was used on BBC Radio 4 Extra’s Newsjack, which was a bit of a treat.

6. Produce another ‘Little Book’ for publication. This one is a bit of a fudge actually because I already have four additional Little Books in development. What I did do was explore acquiring the rights to the original Little Book of Cynics and look at branding for the other little books. Chances are that I’ll be creating more ebooks in 2014. Get your cash ready!

7. Decide how and where to specialise in my writing. For a long time I have struggled with the idea of branding as a freelancer. Here’s a pen picture of what I write, at different times and to varying degrees:

I know, it’s starting to look like a CV post. My point is that the lack of a brand or clear specialism troubled me. And then, just this month, I read Write. Publish. Repeat and then I had a rethink and a mini epiphany (a miniphany?).

It’s hardly revolutionary, but here it is: I WRITE WHAT I WRITE, RIGHT? In fact, arguably, that very flexibility and diversity is my brand.

Anyway, that’s this year all wrapped up. I really want to thank all my readers and clients for your custom this year, especially those who left reviews or comment on freelancing sites, this blog or the Strictly Writing blog, or on sites for book reviews and sales.

Stick around – next year is going to be interesting.